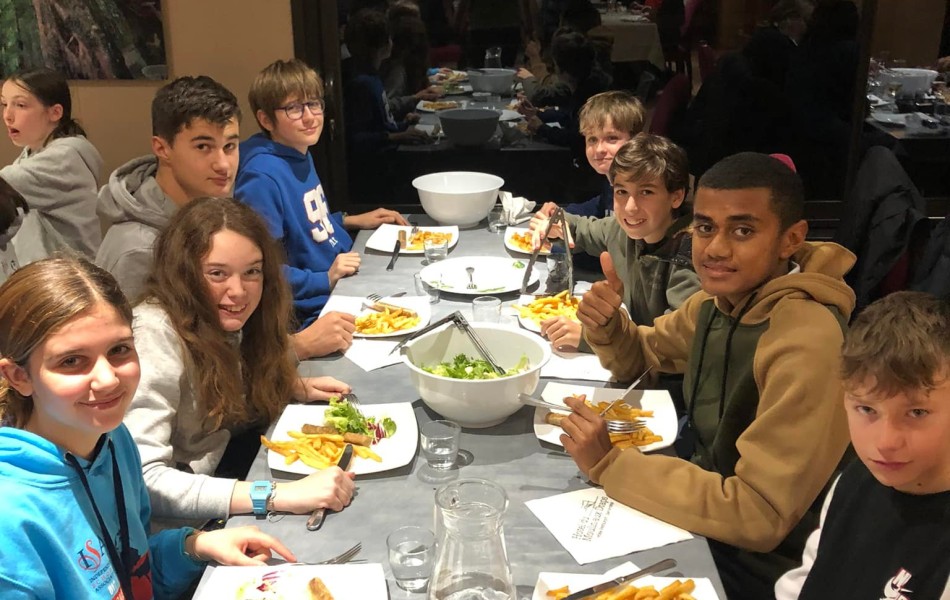 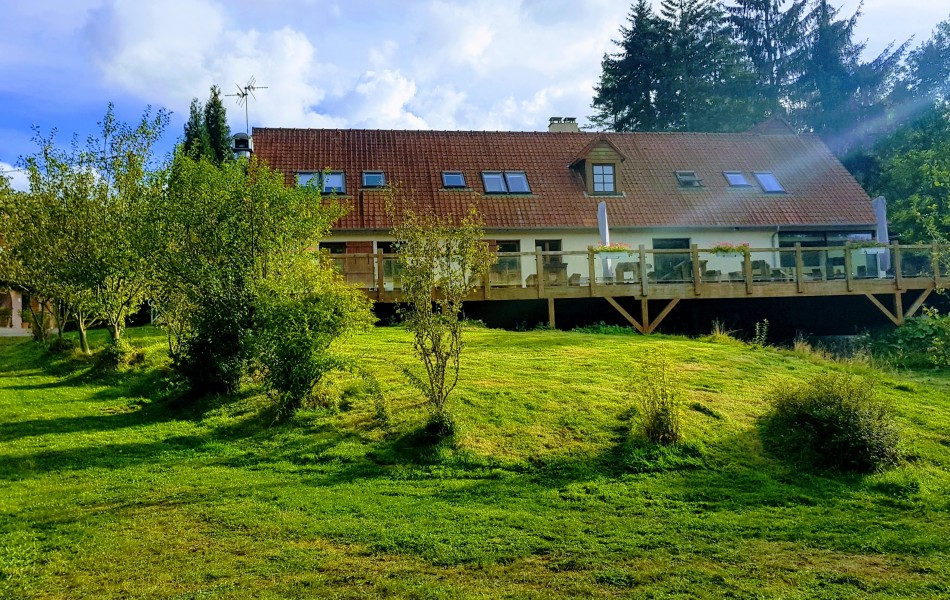 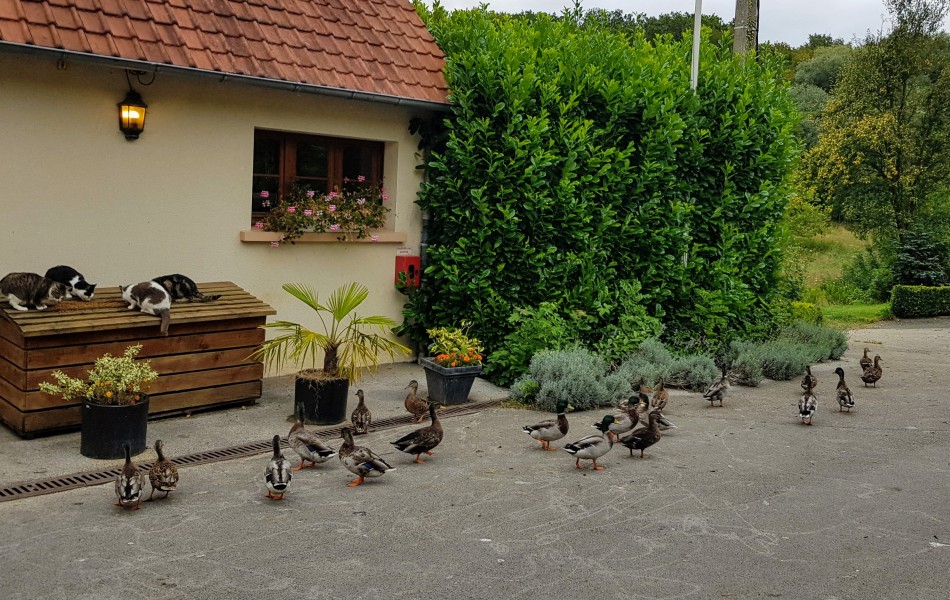 The centre's ducks and animals are still here 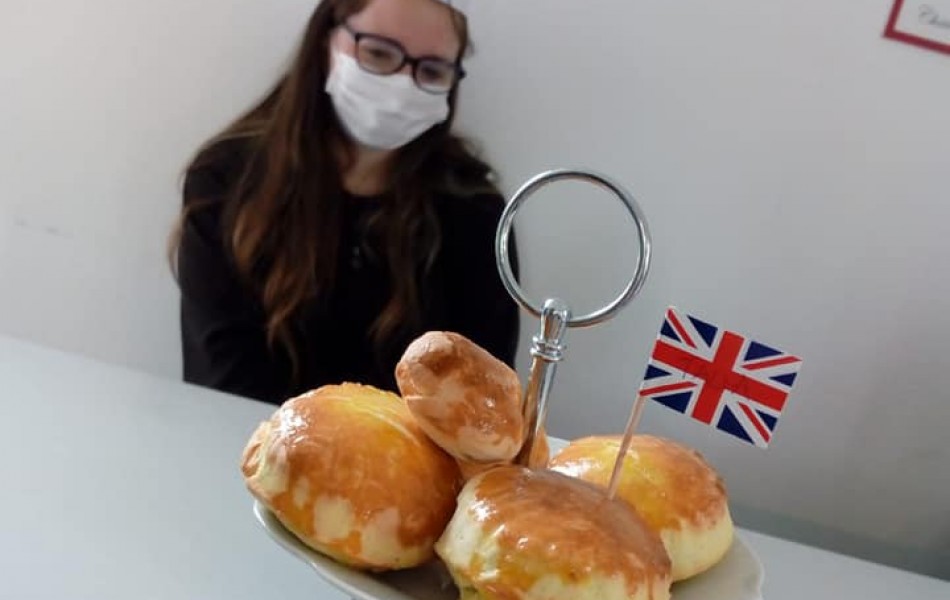 The Moulin's new managers reveal all

We caught up with Tanguy, one half of the Moulin aux Draps' new husband and wife management team, to find out what’s been going on at the centre over the last couple of years, and what changes school groups will see on their return visit.

Erika and I came to the Moulin from Château de la Baudonniere in Normandy which is where all Voyager's animateurs are trained for Paris, La Grand’ Ferme and the Moulin aux Draps language programmes. We both worked at the Château as animateurs for many years, and we were excited to have the chance to move to the Opal Coast and manage the Moulin centre. The language programme here is quite different than the Château; at the Château the children do most activities in the grounds, at the Moulin, children experience the local culture and local attractions. Both programmes use the animateurs and other staff to immerse the children in French though.

What happened at the Moulin over the pandemic?

You may not know, but the Moulin was originally a 3* hotel and so during the first year of the pandemic we removed the bunk beds and converted the centre back into a hotel for French and EU guests. It was important to keep the centre open but, if I’m honest, the staff would much rather look after school groups than hotel guests – children are much more fun to deal with!

When did you start hosting school groups again?

By early 2021 it was clear that school groups would not be able to visit from the UK and so we decided to try something different. Working with colleagues from Château de la Baudonniè, we created English language residentials for French school groups unable to travel to the UK to practise their English because of the pandemic. The approach was the same as French language programmes – completely immerse children in a different language throughout their stay while still having fun.

In the summer term of that year, we welcomed our first school groups back to the Moulin - though they were French rather than British as we are used to. It was an emotional experience for the staff to see children back at the centre and great to get back to what we enjoy doing most.

What will happen to the English Windmill programme now British school groups can travel to France?

I think one of the reasons it is so popular is because French people tend to travel on their ID cards and so school children don’t have passports. This means that, after Brexit, French school children will have to buy a passport to visit England, and this adds a lot to the average cost of a school trip.

So, even though British school groups are now coming back to the Moulin, we have decided to continue with the English language programme for French schools who can’t afford a trip to the UK.

What does this mean for British school groups visiting the centre?

By having both French and British school groups staying at the centre we can add an exciting new 'exchange' option to our language programme – which means that British children will be able to meet their French peers and work together on an on-site activity during their stay.

I think it will be a popular option for language groups staying at the Moulin.

What other changes will school groups see at the Moulin?

We have a new accommodation block which is separate from the main building. Each en-suite dorm room accommodates six students and are are fresh and comfortable. I’ve been surprised by the size of the British groups visiting after the pandemic and so I think it will fill up fast!

We’re also building a petanque terrain and beach volley ball pitch in the grounds of the Moulin centre as I found that these activities were really popular with school groups staying in Normandy. The new facilities will be ready in time for groups visiting us in the 2022/23 school year.

What will be the same for school groups coming back after a few years?

I’m developing a few new onsite activities and offsite excursions, but the old favourites, such as the French bakery demonstration and goats cheese farm are still available. Teachers who have visited us before will also recognise some familiar faces from before, including Justine, our popular animatrice!

Are you ready for British school groups?

Yes! In fact the first British school group visited us in November last year, and since then, we’ve been looking after a growing number of groups each month.

Just an hour from Calais. with a variety of historic sites and attractions, the Opal Coast is a popular destination for French language and cross-curricular school trips.