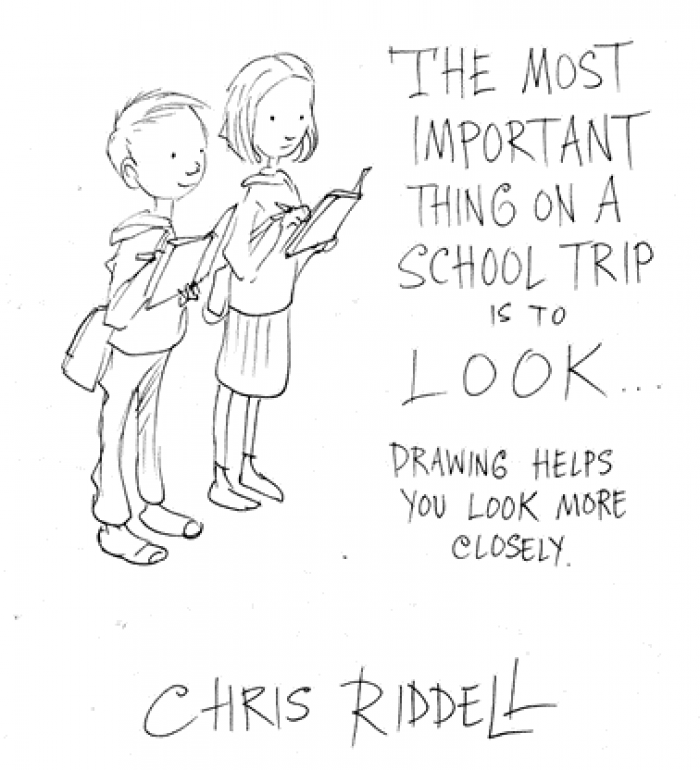 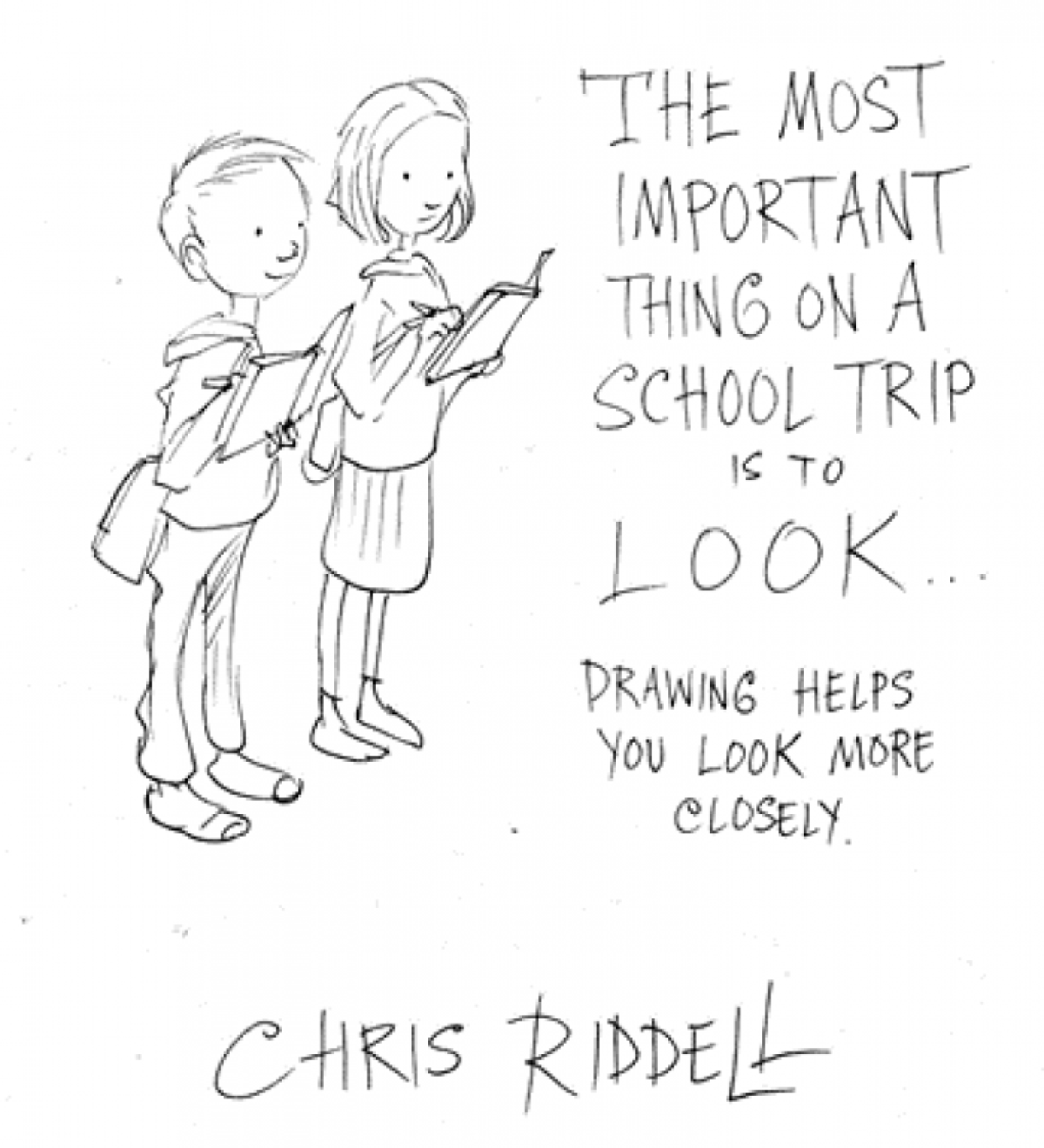 Voyager School Travel is based in Brighton which is also the home of the new Children’s Laureate for the UK, Chris Riddell. Chris is rather an inspiration to many young people. My children have been served up a diet of Chris’s books since they first got their mits on books. His beautifully-illustrated picture books like The Emperor of Absurdia  and Until I Met Dudley are a feast for young eyes and imaginations. My eleven-year-old son has recently got into the wonderfully illustrated Edge Chronicles, while my daughter is loving his self-penned and gorgeously illustrated novels about Goth Girl.

A Chris Riddell book signing is like no other as he’s happy to show the children his illustrations, and even lets them get their clumsy little paws on some of his sketch books!  He tells stories about how he works and what inspires him. And, as he talks about what triggers his wild imagination, you can see the children drinking him in and getting that wonderful itch of inspiration themselves. Last time we went to a Riddell book signing, my daughter insisted we whisked off to buy black Pilot V5 pens and a sketch pad which she has since filled with curious portraits of the cat and a gallery of ugly dogs. Which is what this blog is all about really – what inspires Chris Riddell, or what inspired Chris Riddell, to become this prolific artist and published author and illustrator, as well as Children’s Laureate? And, whatever got Chris going, I want my children to get in bucket-loads because here is a man who loves his ‘job’ and is making a massive success of it.

School trips did the trick!

In a recent interview Chris claims his success is down to getting out there and turning his curiosity for life into an art form. And, according to him, he got loads of his early inspiration while on school trips! You heard, Chris Riddell applauds school trips – as do countless other leading educationalists! He believes that the act of getting out of the classroom and into the real world is the key to creativity – as long as you take a sketchbook!  He remembers his first school trip to a Roman villa near Cirencester and how important it was to him, as were early visits to galleries in London such as the Tate. He believes that if you get children to draw what they see then they really are ‘looking’ at what’s around them. Later in Chris’ life, travel overseas to places like Table Mountain in Cape Town have inspired his illustrations and landscapes for novels.

You can’t help but listen when Chris Riddell, the Children’s Laureate, stands up and says: ‘school trips broaden horizons’. So, if you’re feeling inspired, and you want to take your pupils out of the classroom on an amazing school tour or trip to London, Paris, Reykjavik, Cape Town or beyond then Voyager School Travel can arrange it for you. Visit our websites or call 01273 827327 to request a quote – it could be the school trip that inspires your students to great things.