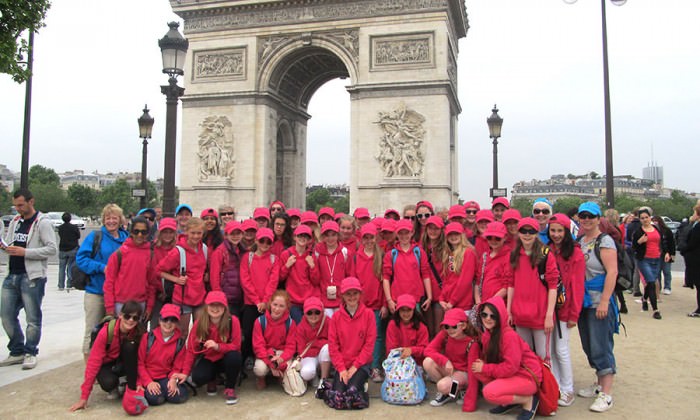 Queen's Lower School have just returned from their trip to Paris, which both pupils and teachers loved!

They were the first Voyager school to visit l'Opera Garnier, Paris' most famous opera house. The group reported that it was one of the best excursions of the trip, which included a tour and the opportunity to see some amazing sets and costumes!

The students went on a six-day coach tour to Paris , where they visited places such as the famous Arc d'Triomphe, the beautiful Château de Versaille, and the exciting l'Opera Garnier.

Juju, our animateur at the Paris centre was very popular with the pupils and helped them with their French throughout the stay . He loved l'Opera Garnier too and even though he lives in Paris, he had also never been before!