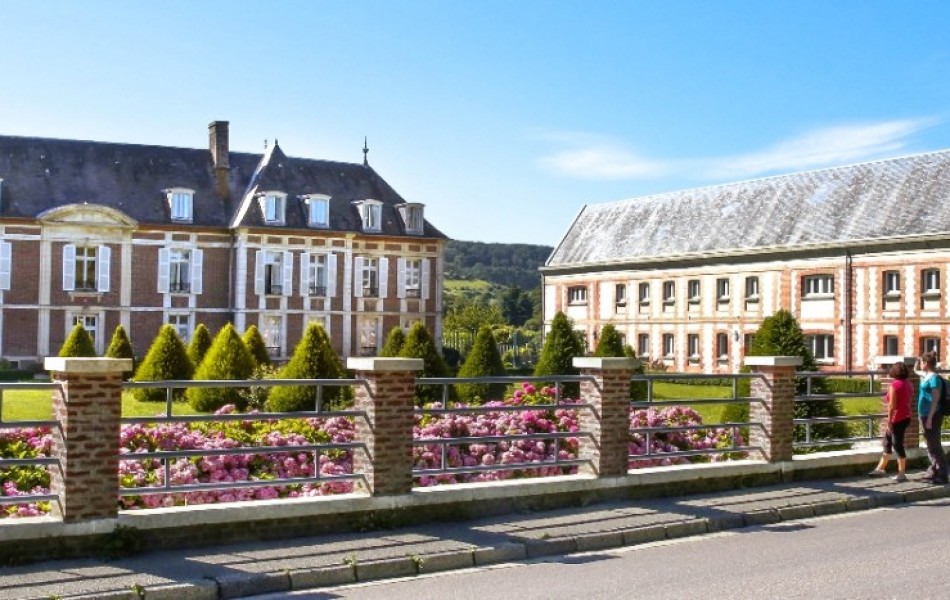 Voyager School Travel’s latest French language school trip is based at the majestic 17th century Château de Chantereine, just a short walk to the beach at Criel-sur-Mer, in Upper Normandy, and only 2 hours by coach from Calais.

With four acres of beautiful grounds and a well-equipped sports centre at Château de Chantereine, Voyager’s new French trip offers schools a mix of onsite language activities and local excursions, where children can experience local culture and improve their French, in an authentic setting while having fun and making long-lasting memories. The new French programme has a nature theme, making the most of its seaside setting and proximity to the Bay de Somme nature reserve famed for its large colony of seals.

“Our research shows that learners had far less opportunity to speak French during the pandemic and this was exacerbated by schools not being able to run French trips which are integral to learning a language.

“Now France has opened its doors to school groups, we have found there is considerable pent-up demand for French trips where learners can practise their French with native speakers. The average group size for some French trips has increased by 25% since 2019 and we just couldn’t accommodate the increased demand with our three centres in France. So when Château de Chantereine became available, we jumped at the chance to take it on for our French groups.”

“Because Voyager’s language instructors are French, or native to France, staffing French centres isn’t a problem for us, unlike other providers with British staff who are now unable to work in the EU after Brexit.”

French school trips to Château de Chantereine begin in the new academic year and there is still availability for peak dates in summer term 2023.

While Voyager’s other French centres - Château de la Baudonnière and La Grand’ Ferme in Normandy, and Moulin aux Draps in the Pas de Calais - have limited availability in the summer of 2023, the new programme at Château de Chantereine has availability throughout the next academic year. So now is the time to bag your place!

Voyager is encouraging MFL teachers to come and see the centre at Château de Chantereine for themselves with subsidised inspection visits available to teachers and their families visiting in August 2022. They also plan to offer an organised group trip for interested teachers in December to coincide with the area’s Christmas market season. Click here to register for an inspection visit.

How our language immersion programmes work

Voyager’s method of teaching French is through language immersion, where learners only hear and speak French throughout their stay. All activities, excursions, lessons and mealtimes are conducted in French, with French-native animateurs, so that learners practise in a fun and supportive setting that reinforces the real-world benefits of learning a second language.

Throughout the trip, learners grow in confidence as they enjoy the experience of both understanding, and being understood in, French. By the end of an immersion school trip students will have improved their listening skills, increased their vocabulary, and begin to pronounce like a native speaker.

Contact us for information and availability at Château de Chantereine

Struggling to source a quality French trip in the next academic year? Get in touch for availability on the Château de Chantereine programme.