Meet the team at the Moulin 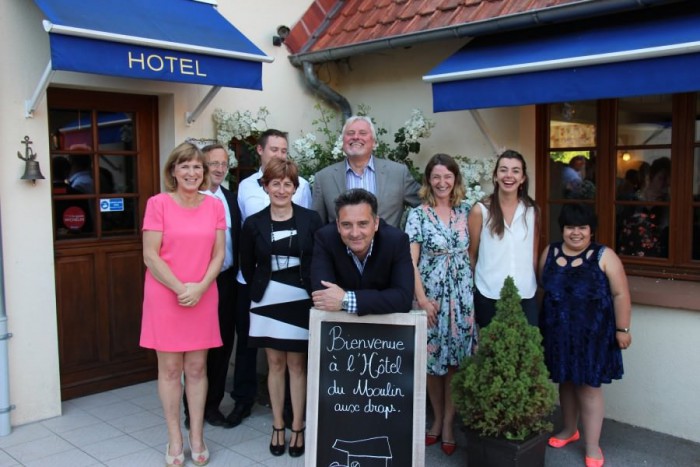 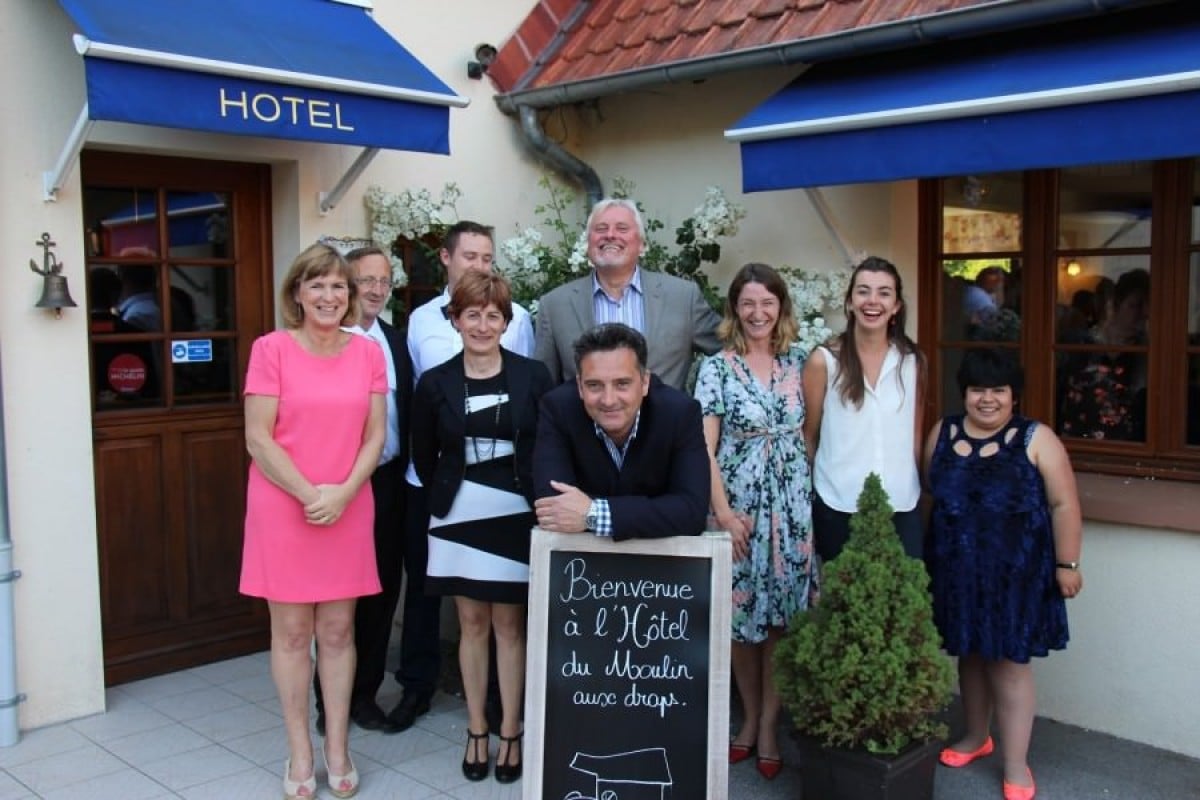 Taking charge of a hotel has got to be one of the most exciting moments in the history of Voyager School Travel. The keys to the beautiful Le Moulin aux Draps  were passed to the Voyager team earlier this summer and it’s been all go at the hotel ever since. Trish, our Tours Director, has been busy turning this former 3-star Best Western hotel into a five-star centre for Voyager’s French Language Immersion programmes. “We inherited a pristine hotel with the most amazing views,” says Trish. “There are forests nearby and it’s just a fifteen-minute walk into the local town of Desvres. Desvres is like the French equivalent of Royal Doulton because it is a centre for pottery making and there is a museum there devoted to ceramics.”

Trish already has a great team behind her at the hotel. You can look forward to some delicious food, prepared by chef, Thomas – he worked at Flemings of Mayfair and Simpsons on the Strand so get ready for a treat! Trish is also getting a fantastic team of experienced animateurs together. Voyager runs successful language immersion programmes at the Château and in Paris so they know how to go about getting the best people to teach the students. At the Moulin you will get inspiring classroom sessions as well as French-led circus workshops, initiative exercises, camp-fire sessions and bread-making classes.

The hotel is set in beautiful grounds so there is plenty of outdoor space for your students to run around having fun. The hotel rooms have been easily transformed into lovely rooms for teachers and children. The seminar room can take up to sixty people at a meeting but it doubles up as a Salle de Jeux. Trish is on the case in the basement too; with an area for wet play underway, and a massive TV for movies, gymnastics mats, a table tennis table and giant Jenga on the way.

Trish is spending most of the summer over at the Moulin getting it ready for school parties next year. The Moulin promises to be Voyager’s very own jewel on the Opal Coast. Call Voyager School Travel and get a quote today on 01273 827 327.