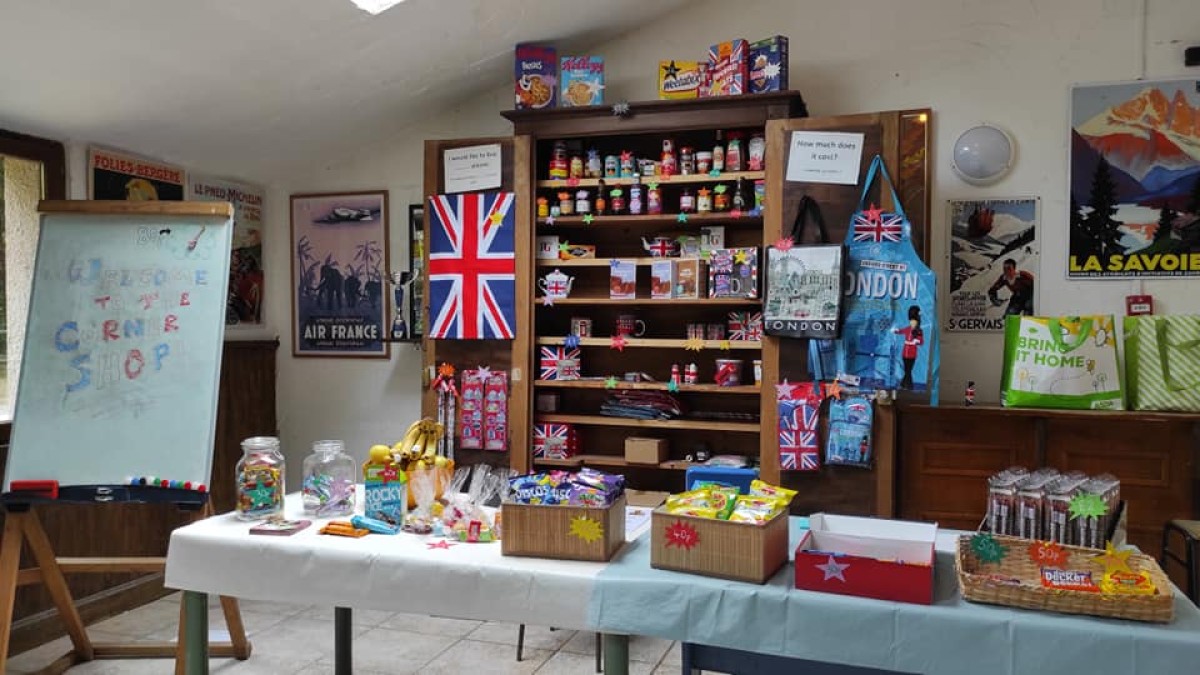 School groups staying at the Chateau and Moulin now have the chance to interact with visiting French school groups.

Read about how an innovation, borne out of the pandemic, became a permanent fixture at our French centres and how your learners could benefit.

What are French school children doing at Voyager's centres in France?

As with British school groups, French children were not able to travel abroad during the pandemic meaning they had little opportunity to practise the language in an authentic 'English' setting.

And so while British schools weren't able to stay with us, we introduced a new English language immersion programme to our French residential centres for French school children.

We also introduced new cultural activities such as learning the rules of cricket, making a traditional cream tea and using sterling at the tuck shop, to create an authentic English experience.

The English Manor programme has proved incredibly popular with French school groups, even though travel restrictions have now been lifted. This is because only a small proportion of children in the EU have a passport and our Brexit rules prevent EU school groups from visiting Britain on their ID card - as they could before.

The benefits for UK school groups staying at our French centres

Now we are hosting school groups from both the EU and the UK we have added an exciting new 'exchange' option to our language programme. So, as British school groups return to the Château and Moulin aux Draps they have the chance to meet their French peers and work together on an on-site activity during their stay. Just contact us to check the availability of our French exchange programme when your group is staying.

Our first French school visited the Château in May 2021 and a French TV news crew were there to capture it!

A news crew from France.tv filmed the Château's reopening, spending the day with a school group from Collège du Sacré-Coeur, Domfront en Poiraie on their English language programme. The news report featured an interview with our Château manager Darren as well as staff and students from the school.

Contact us for more information about our French Exchange programmes at Château de la Baudonnière centre in Normandy, and Moulin aux Draps centre in Northern France.