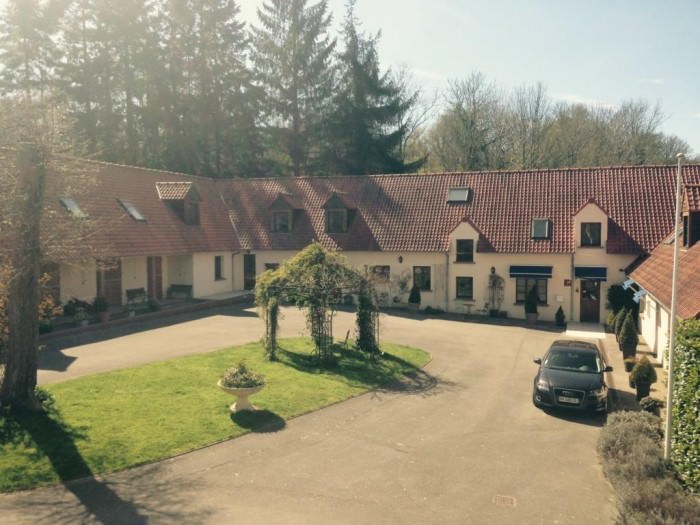 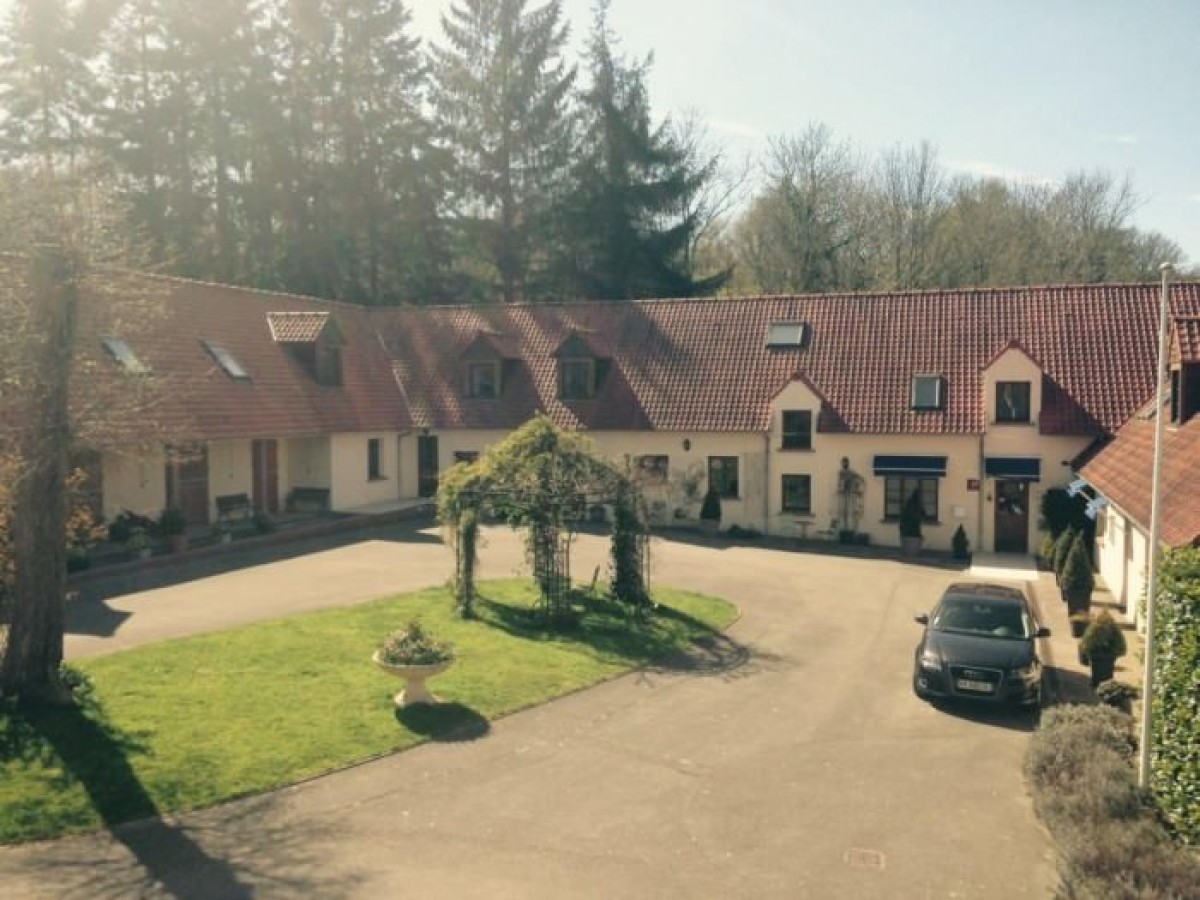 In summer 2015 Voyager took over the stunning Le Moulin Aux Draps, a former Best Western hotel set in the tranquil countryside near the Opal Coast. Finding the right hotel to add to Voyager’s portfolio of language centres and school accommodation in Europe was no easy business –  Voyager’s Château de la Baudonnièrein Normandy is already one of the most popular and respected French language centres amongst English schools. Voyager’s directors Nigel English, Nick Goddard and Trish Bryant had been looking for the right place for their new centre in the Opal Coast for a while:  “Discovering the  Le Moulin was a dream come true,” says Trish. “When we saw it for the first time we knew we’d found a hidden gem.”

Located near the village of Desvres and tucked away in a peaceful setting makes Le Moulin the perfect, safe getaway for school parties. The hotel has its own 22 acres of open space for young people to cartwheel, climb trees, play ‘it’ and basically have fun and breathe in the fresh country air in their free time. Le Moulin also happens to be near to major historical landmarks (especially for World War historians for whom Arras, Vimy Ridge,  La Coupole and Ypres are a must!), goat farms, chocolatiers, boulangeries, markets and museums  as well as the Nausicaa aquarium and Bagatell Theme Park for students deserving of a  special treat! “Le Moulin had everything we were looking for – for primary and secondary school groups,” says Trish. “But what really clinched the deal was the ease of travel to Le Moulin. The hotel is less than an hour away from Calais. And ferry crossings to Calais from the UK are just 90 minutes. This is a getaway you can get to quickly – a real plus in the world of school travel!”

As soon as Voyager took over Le Moulin Trish began transforming the hotel into a centre for French language, History and Cross-curricular school groups. Some parts of the hotel date back to the 13th century so it has loads of old-world charm. The long-term plan is to convert the older parts into a study centre. The main building was constructed in 2000 so the bedrooms, conference rooms and meetings rooms are modern and pass all the standard safety tests that make them perfect for school parties. But Voyager has added new facilities like the games room and cinema.

“Over the past six months we have begun to make changes,” says Trish. “Yet, we’ve managed to retain everything about the hotel that made us fall in love with it in the first place.” And, there is plenty to enjoy here: another outstanding feature at  Le Moulin is its fantastic open-plan restaurant.  At mealtimes, you can sit back and sip your coffee while taking in the  views of  the rolling countryside outside. Voyager has employed a team of fully-qualified kitchen staff that serve up an excellent selection of meals that fuse French and English cuisine too. Nobody will go hungry as portions are generous and there’s the opportunity to sample French delicacies like snails and frogs legs as well as try some fine French cheeses and delicious patisserie. And, for teachers and party leaders there is a cosy bar; a no-go zone for pupils, where there is a crackling wood burner in the winter months and a sunny patio for drinks in the summer.

“Voyager wants this to be the perfect place to learn, have fun and relax,” says Trish. And judging by the feedback from the first school parties to check in at Le Moulin, Trish and the team have found the right formula – one teenager claimed  it was the best hotel she’d ever stayed in on a school trip. Which is partly down to Le Moulin’s great atmosphere but also because of its fantastic sleeping arrangements. “The rooms were excellent already” explains Trish. “The linen, the decor and the general feeling was relaxed and cosy and each room had its own en-suite bathroom. We knew teachers would love the rooms so we didn’t need to change them.  Meanwhile, we’ve put bunkbeds in the student’s dorms but we haven’t over-filled the rooms so they still have that lovely, cosy feel that the pupils seem to like.” Trish is excited about what they have achieved already but there are more changes to come: “We start converting the stables next month to provide more student accommodation. And, we have loads more ideas about how we can make this the ultimate destination for school parties.”

Voyager is renowned for its excellent language immersion courses and the animateurs at Le Moulin are ready to deliver a great learning experience for students.  Meanwhile, Trish and her team have been researching new excursions and working with local people to create some new experiences: “Next year, students will be able to visit the goat’s cheese farm just up the road to watch the goats being fed and milked at the end of the day,” explained Trish. Desvres is also an important pottery town and as well as visiting the local pottery museum there will be the chance for the children to make a pottery tile themselves:  “As with all our activities on the language immersion courses, all the instructions will be in French. When children are engaged and doing something fun and creative they learn so much more…”

Le Moulin is the perfect place for school groups, it's the ideal setting for students to learn, have fun and explore the local area, and it's a special place where party leaders and teachers can unwind and enjoy their free time too.